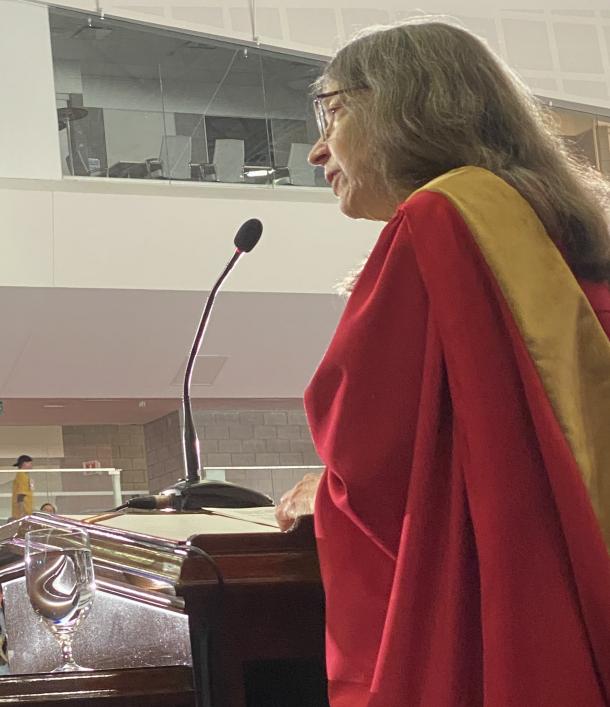 Winnie delivering the convocation address at the University of Guelph. Photo by Alex Smith.

On October 11, 2022, GDFCF founder and noted conservation biologist Dr. Winnie Hallwachs received an honorary doctorate from the University of Guelph, Canada. Winnie also gave the convocation address during the university’s fall convocation ceremonies. Winnie was recognized for her numerous contributions to science, conservation, and education during her more than 40-year career. She has, the university said, “championed bio-literacy and the democratization of biodiversity in the Central American country [Costa Rica]. Her use of DNA barcoding technology pioneered at the University of Guelph for identifying organisms worldwide has helped strengthen the international reputation of U of G’s Centre for Biodiversity Genomics.” During her address, Winnie said that “...for 44 years, I have had one foot and most of my heart in Costa Rica.” She recognized the important work undertaken at the University of Guelph by Dr. Paul Hebert, and others, and said that working on real tropical diversity would be impossible without DNA barcoding. She also recognized the outsize role that the parataxonomists have had in furthering tropical biodiversity understanding. She said the parataxonomists “...know these forests in rain and mud and snakes every day of the year and some nights. They know hundreds of tropical plant species and tens of thousands of insect species. They are working for us all. They are working for science. And for global biodiversity and for their country. And they deserve to share this honor.” A video of the event is here. Winnie's speech begins at 20:27. 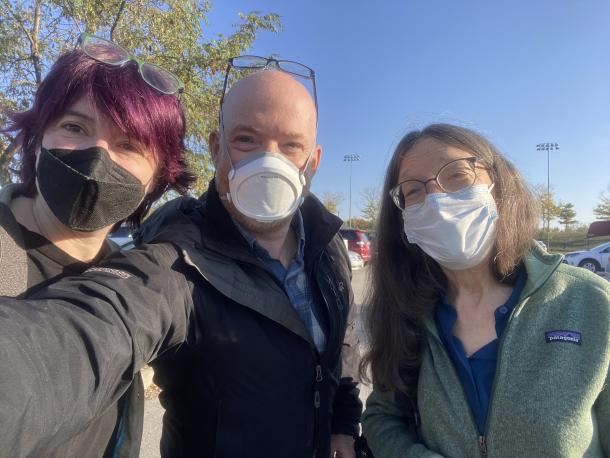 A post-talk celebration with University of Guelph professors Shoshannah Jacobs, Alex Smith (also a GDFCF Board member), and Winnie. Photo by Alex Smith.