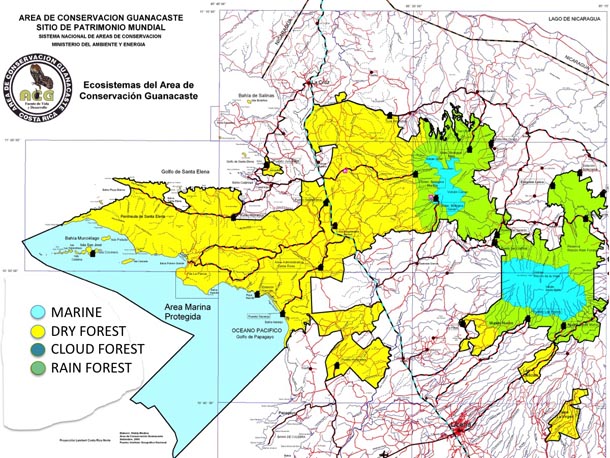 ACG cloud forest occupies the uppermost elevations of Volcán Orosi (most northerly), Volcán Cacao (and the high pass joining them), and the Volcán Rincón de la Vieja-to-Volcán Santa Maria (most southerly); in short, ACG cloud forest occurs on the area of the Cordillera Guanacaste above about 1100 m elevation (and extending to the highest levels of 1900-2000 m on Rincón-Santa Maria). It does not extend down to the 700 m pass between Cacao and Rincon, and therefore ACG cloud forest exists as two separate ecological islands at present. However, during the last glaciation, these two areas of cloud forest would have been fused into one, and perhaps even fused with the 700 m remnant (?) few hectares of cloud forest on the highest part of Peninsula Santa Elena. 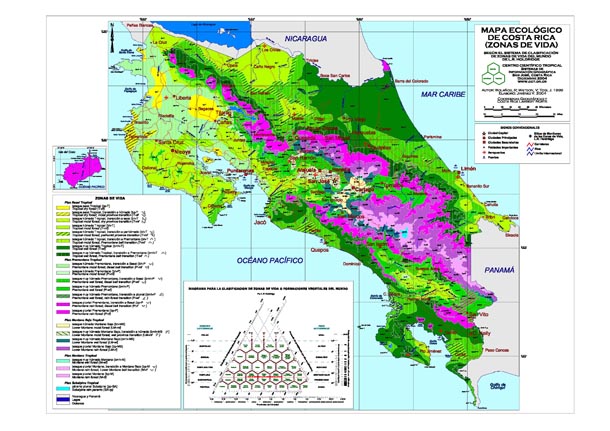 As is clear in a map of mainland Holdridge Life Zones of Costa Rica, the cloud forest of Orosi-Cacao is the last and most northerly ecological island in the archipelago of this ecosystem extending the long axis of Costa Rica, and ecologically the most northern end of the South American Andean upper elevation ecosystems (complete with a resident population of Podocarpus gymnosperm trees); the southern end of the North American Rocky Mountains ends in southern Honduras and northern Nicaragua, with their most southerly distribution of northern gymnosperms (Pinus). 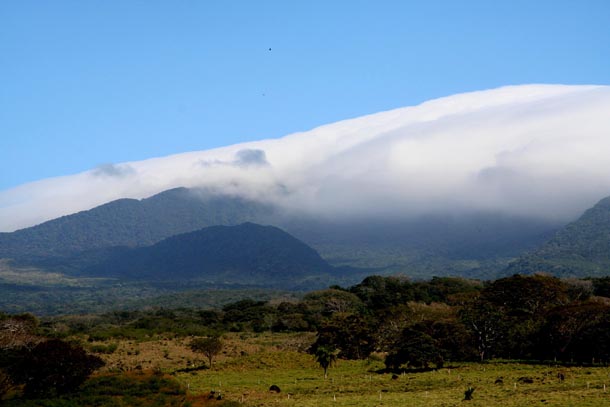 Cloud forest is generally defined as the upper elevations that are almost continuously bathed in fog, mist and rain generated (in Costa Rica) by cooling of the humid trade winds blowing off the Caribbean, as they are forced upward by the mountain range itself. Prior to climate changes apparent since the 1980s, ACG cloud forests were almost continually wet and cool (not frozen cold), bearing both a distinctive fauna and flora and conspicuously lacking major groups of species present in the warmer adjacent lowlands. As climate change dries and heats the lowlands of ACG, the rising warm air mass pushes the water-generating clouds higher on the mountain, thereby reducing the water flow from this “water factory”, allowing the invasion of lowland species, and gradually shrinking the cloud forest ecological island into oblivion. All of the cloud forest species of ACG – unique as almost all of them are – are slated for extinction and/or ecological or evolutionary adaptation into very different rain forest (we presume) ecosystems, if climate change continues in its current trends (as is the case in other parts of the world as well). 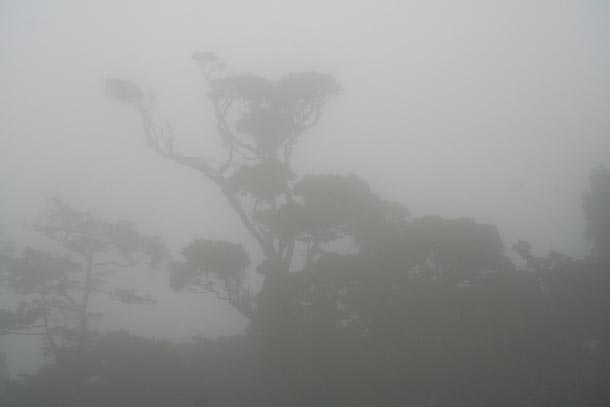 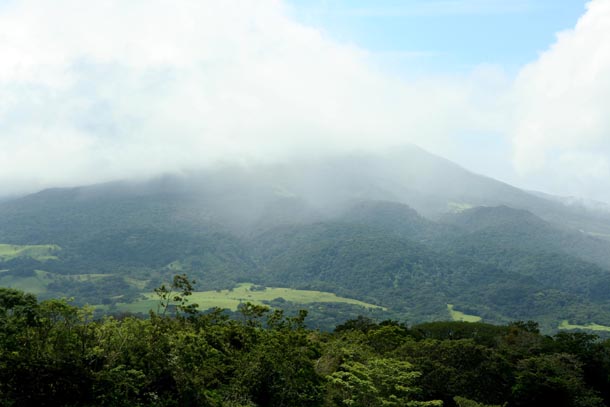 Given that Costa Rican European society began in the central highlands, it tends to assume that the elevational band of cloud forest is the same on all Costa Rican mountains as it is on the mountains to the immediate north and south of the Meseta Central. However, the isolated volcanoes of Cordillera Guanacaste belie this feeling with the massenerhebung effect. When a large mountain mass blocks the wind flow, it pushes the entire warm air mass upwards and therefore a given temperature band occurs at a particular elevation. However, these mountains are isolated, and the air mass tends to flow around the obstacle like a stream running around emergent rocks, with the result that the temperature at 1,000 m elevation on Volcán Cacao, for example, is equivalent to about 1,500 m elevation on the Talamanca mountain range in central Costa Rica. Additionally, then, the elevational width of a given temperature band is narrower on, say, Volcán Rincón de la Vieja than on the much larger mass of Volcán Poas-to-Volcán Irazu, with a resultant narrower habitat range for ACG species than those on large mountain masses. 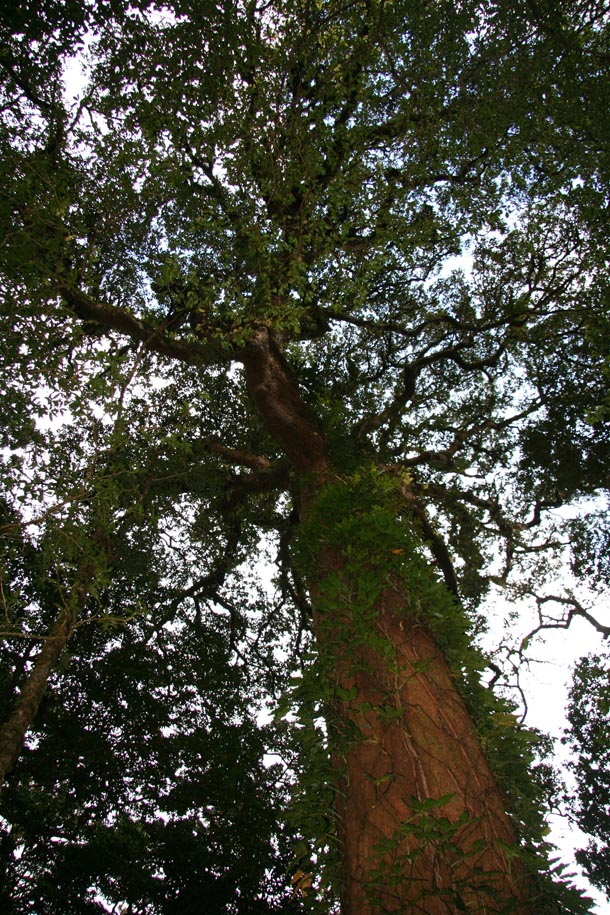 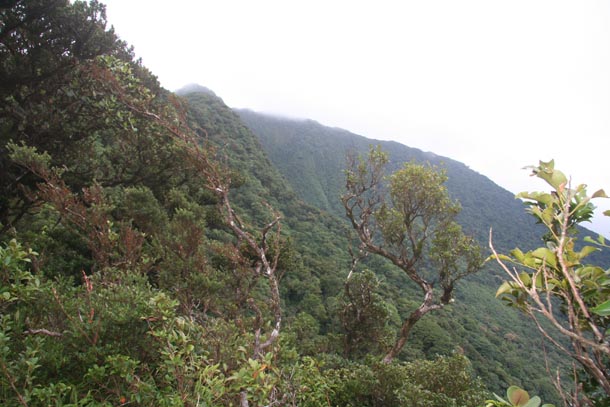 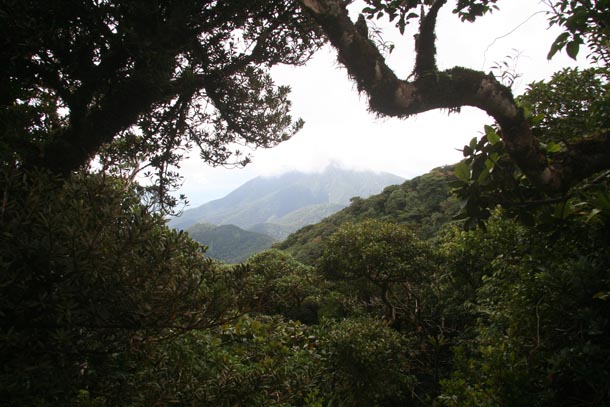 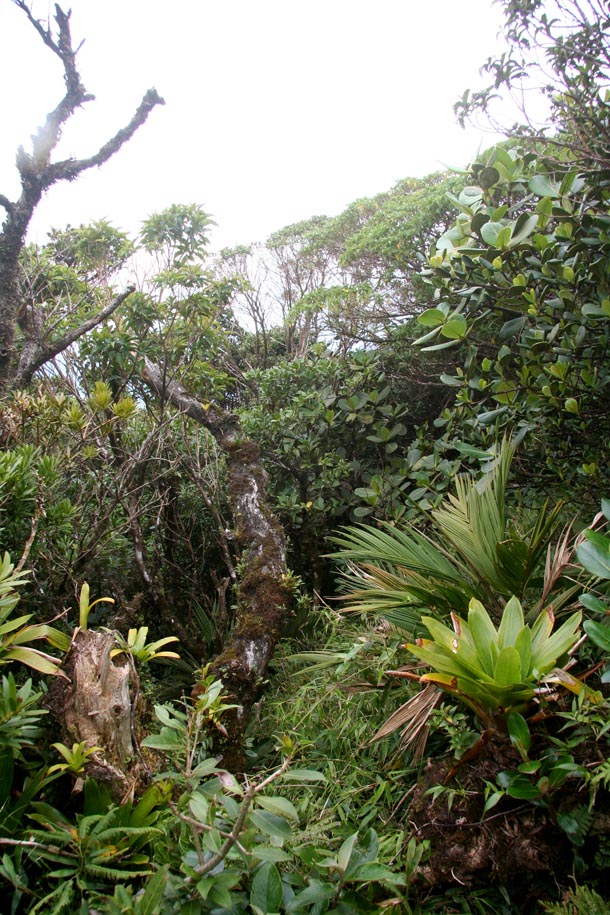 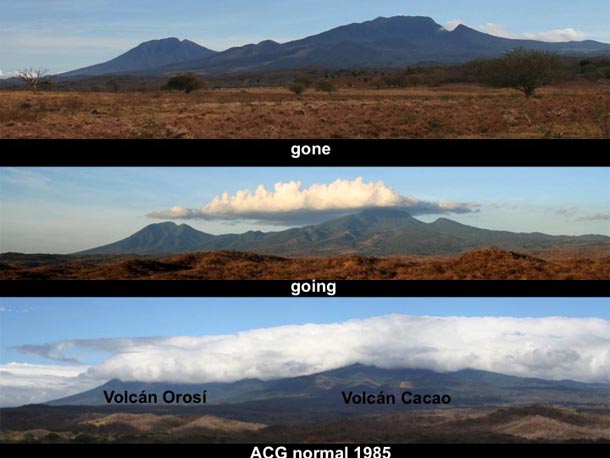 ACG cloud forest is particularly rich in species — as defined morphologically — that do not occur in the adjacent lowlands or even mid-elevation rain forest, but do occur on the tops of other Costa Rican mountains. However, with genetic examination becoming part of the taxonomic inventory tool box, it is also being discovered that there are indeed genetic differences from mountain to mountain, leaving us with the problem of whether to call them different species in a species complex, or just leave them as somewhat distinctive populations gradually evolving into different species as time passes and the environments become more different from mountain top to mountain top. Unfortunately, this question will be answered for us by the elimination of the great bulk of cloud forest species through climate change. 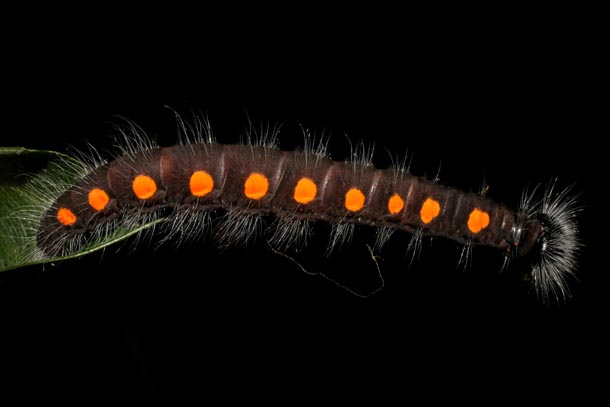 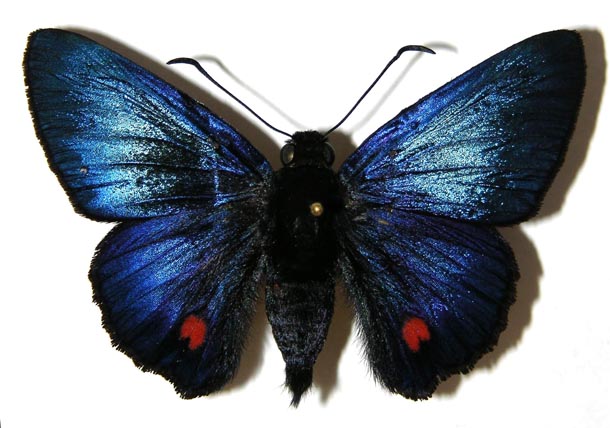 The ACG cloud forest ecosystem is an ecological island, but it has some linkages to the “mainland” that are highly significant for other ecosystems. Not only does its water product flow out across the dry forest to the Pacific, creating linear oases as it flows, but dry forest species use its cold refrigerator to pass the food-free long dry season in the dry forest below. The major caterpillar predator, Polistes instabilis, is a very direct example; this large wasp leaves the wet and green dry forest in the end of the rainy season and parks itself along with thousands of its conspecifics in a hollow tree trunk (or abandoned house) to pass the dry season with little or no expenditure of energy. When it returns to the dry forest lowlands at the beginning of the rainy season, it is, for six months, a major killer of caterpillars, as it builds up its large social colonies. Unfortunately, this inter-ecosystem linkage is now being broken by the warming of the volcano tops, allowing army ants (and other predators) to move up and become predators on the dormant wasps. 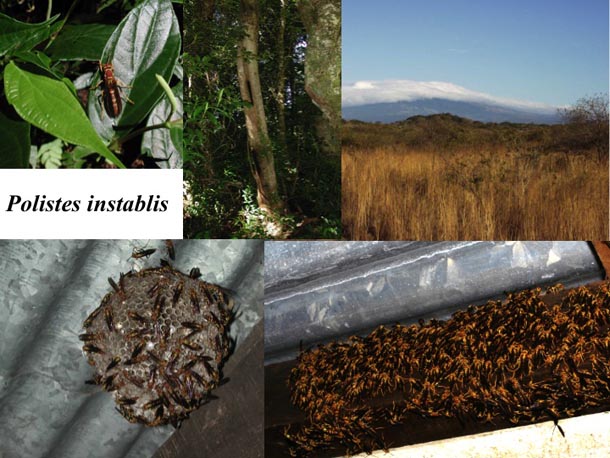 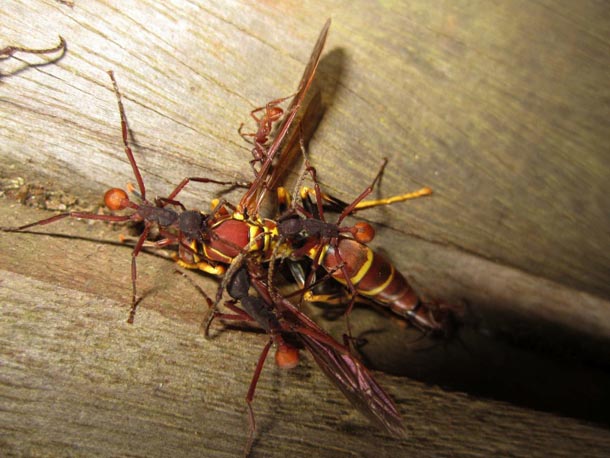 It is often suggested that we might save the upper elevation species by introducing them to other (higher) mountains. Unfortunately, all upper elevation cloud forests in Costa Rica (and elsewhere) are being severely impacted, and will be impacted to extinction, by climate change. Second, to introduce “foreign” species into a site, treating it as though it is a zoo accumulating species, simply destroys it all the more rapidly, as is very evident from the impact of introduced species on other ecosystems. In short, the world of conservation is just going to have to come to accept totally novel and newly structured ecosystems, with new combinations of survivors adjusting to each other (just as has been happening for centuries at lower elevation agroscapes and other forms of human perturbed ecosystems). Like it or not, nature as we know it, and as it has been known for past millennia, is on its way out. The tops of mountains and their cloud forest ecosystem just happen to be among the fastest and first to go.

The question then becomes do we let the wild survivors constitute their own novel ecosystems, versus deliberately or unknowingly attempting to create yet other explicitly anthropogenic ecosystems? We already have millions of hectares of variously artificial, anthropogenic, and severely impoverished ecosystems. If we can conserve a few large blocks of wild nature that are the consequence of nature doing its thing by its own rules with its own energy and other resources, they will be ecosystems that humans could never produce in the first place. Equally, such non-human ecosystems will be doing whatever they do according to their genetic programming, and on-site evolution and ecological adaptation.