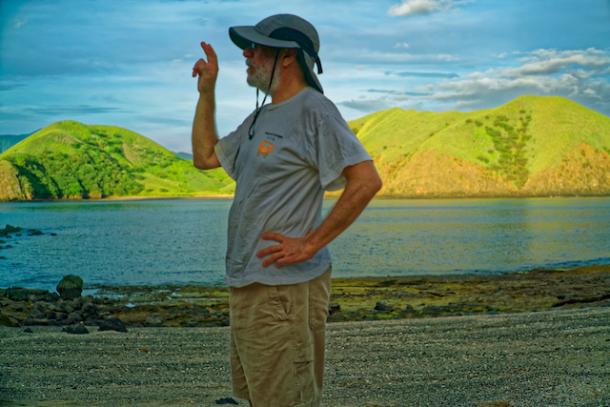 Jorge Cortés-Núñez is a researcher at the Centro de Investigación en Ciencias del Mar y Limnología (CIMAR-Marine Science and Limnology Research Center) and a professor at the School of Biology, both at the Universidad de Costa Rica. He has a B.Sc. in Biology from the Universidad de Costa Rica, a M.Sc. in Geology from McMaster University in Hamilton, Ontario, and a Ph.D. in marine biology from the University of Miami in Miami, Florida. For more than 40 years, Jorge has studied the main tropical coastal-marine ecosystems, coral reefs, seagrass beds and mangrove forests, with an emphasis on coral reef ecology and natural and anthropogenic impacts on those ecosystems. In recent years his interest has moved to deeper waters with a focus on the diversity and interaction of organisms. He is also the project leader of the ACG-GDFCF-CIMAR marine biodiversity, or BioMar-ACG, project. This unique effort to bioinventory and understand the species-rich marine environment of ACG has led, as of early 2020, to the collection of over 7,300 specimens, representing 1,123 species, of which, 885 are new records for ACG, 119 are new records for Costa Rica, and another 69 are possible new species.

Jorge has won several prizes, including the National Science Price of Costa Rica. He has led 14 Scientific Expedition to Isla del Coco and surrounding waters. In addition, he has 261 scientific publications in journals, book chapters, Special Issues edited and books, plus 68 outreach publications and technical reports. Another of his interests is the promotion of science and conservation as well as enhancing awareness of the importance of the oceans for Costa Rica and the planet.