Bioinventory: Building the Library of Life

In the global library of life, most of the books are unread. There are far more unknown species than known species, and even fewer about which we know something about their natural history.  With human population growth, climate change, and habitat loss, we are in the race to know the natural world before we irretrievably lose it.  But to read nature’s books we have to be able to see them, know where they are, and put names on them. Unfortunately there are way too few people doing that, especially in biodiversity-rich tropical countries.

Many of the best taxonomists are retiring or dying, and they are not being replaced. The academic model of tenured specialists dependent on graduate students and conducting years of field and museum research is slow, inefficient, very expensive on per species basis, requires long absences from home, disfavors local knowledge, and does not build biodiversity management capacity among those living in biodiverse regions. A new approach is needed if there is to be any hope for bioliteracy among all 7.8 billion of us – to know, understand and gain from the life forms that share the planet with us, and with whom we have unconsciously partnered for millions of years. Read more about this new approach on the following pages: Terrestrial Parataxonomy, Marine Parataxonomy, and BioAlfa: Bioliteracy for Costa Rica. 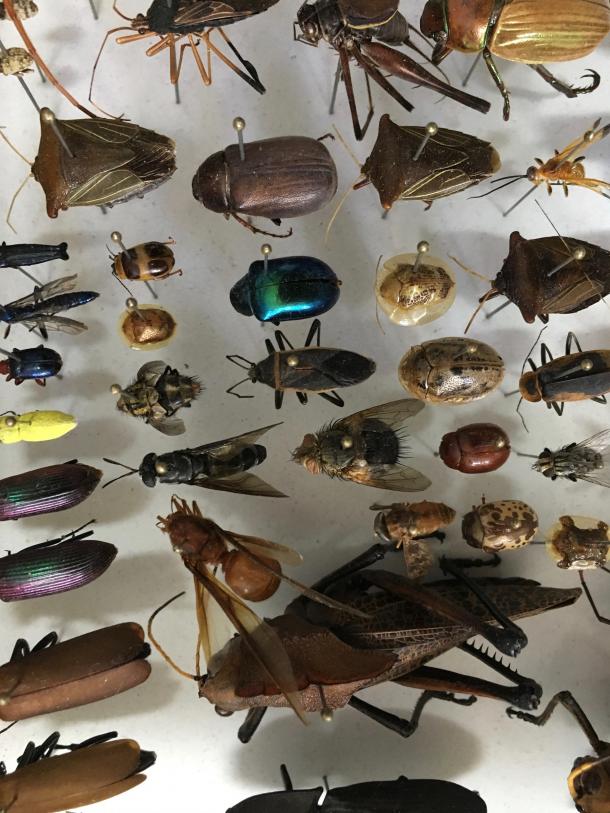 Some of the many beetles stored in the BioLep laboratory in Sector Santa Rosa of ACG (photo by Monique Gilbert).

Interested in learning even more? Here are a few additional resources: 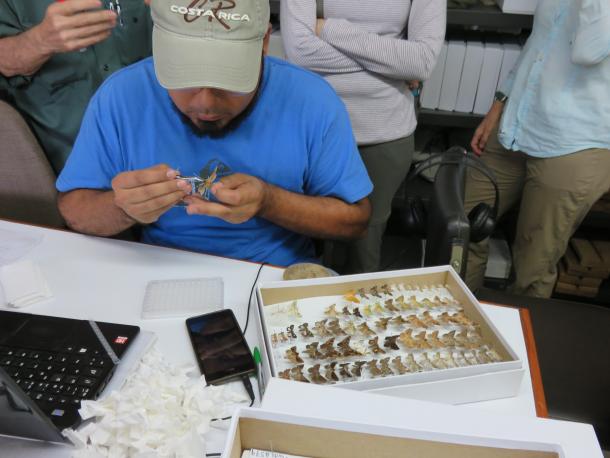 Parataxonomist Sergio Salas Ríos carefully removes one leg off the moth he is holding. The leg will go in the Lysis plate on the table, after which it will be shipped to the Biodiversity Institute of Ontario at the University of Guelph for DNA barcoding.