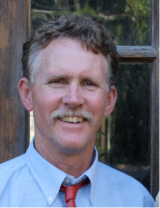 Eric S. Palola is Executive Director of the Guanacaste Dry Forest Conservation Fund, a U.S.-based non-profit organization that works to safeguard, expand, and promote “biocultural restoration” of the Área de Conservación Guanacaste in partnership with the Costa Rican government. For seven years he was Senior Director of Forests at the National Wildlife Federation’s (NWF) Climate and Energy program where he advocated for the role of forests in climate change mitigation and programs to incentivize sustainable forestry. He has been an elected member of the international Board of Directors of the Forest Stewardship Council, a founding member of the national Forest Climate Working Group, an advisor to the American Forest Foundation, and an advisor to the Ford Foundation’s Rural Wealth Creation program. He has worked extensively on opportunities for minority and underserved forestland owners in the southeastern U.S. and on ensuring the sustainability of biomass energy. His international work emphasized the development of product certification systems and the role of agriculture in global deforestation.  For nine years Eric directed the northeast regional office of NWF where he also Chaired the 40-group Northern Forest Alliance and served in consultancies for the U.S. Forest Service and the states of Maine and Vermont. Previous to this he worked as a Project Manager for a private renewable energy firm, as a Policy Analyst at the U.S. Environmental Protection Agency, and as Associate Director of the Vermont Natural Resources Council. He is former President of the Mad River Glen Cooperative ski area and an avid bluegrass musician. Eric has degrees in natural resource economics and public policy from the University of Vermont and the Kennedy School of Government at Harvard University. He lives on a small farm in Huntington, Vermont.