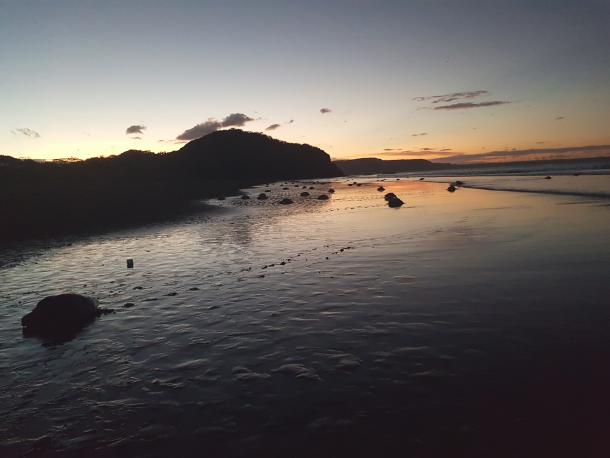 While sea turtles nest year-round on Playa Nancite in Área de Conservación Guanacaste, the main arribada (the Spanish term for a mass nesting event) season is from August to February, with the main hatchling season occurring from September to May. The species that nest on Playa Nancite are overwhelmingly Olive Ridley turtles (Lepidochelys olivacea), and this beach serves as one of the most important nesting sites globally for these turtles. Green turtles (Chelonia mydas) also nest here, but in much smaller numbers. GDFCF turtle biologist Luis Fonseca López has been studying the sea turtles of ACG for well over a decade. His sea turtle monitoring project is integral to understanding population trends over time and in designing management and conservation actions that promote the recovery of sea turtle populations in this part of Costa Rica.  In recent years he has expanded his research to cover the prey/predator phenomenon between nesting sea turtles and ACG’s jaguar (Panthera onca) population at Nancite beach, the first beach where such interactions have been extensively documented. As we wrap up this season, we thought we would share the year in numbers:

Luis and his research assistants actively monitor Playa Nancite throughout the arribada season. All their work is funded via donations. Please consider supporting this important work here and note that your donation should be directed to our turtle conservation work.