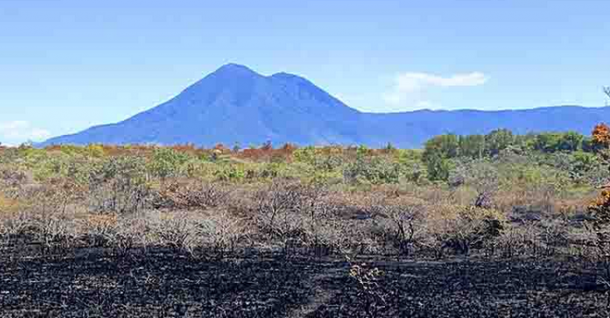 In the foreground, the burned area of Sector Pocosol. Photo by Alejandro Masís.

Last Thursday, a fire was intentionally set in Sector Pocosol of Área de Conservación Guanacaste (ACG). The following story regarding the fire is from the ACG website. The original story, in Spanish, can be found here.

Last Thursday, March 4, 2021, at the beginning of the morning, five fire points intentionally placed inside ACG (Sector Pocosol) were detected by officials of the Fire Management Program. These fire points were in an area made up of native pastures, charral and secondary forest in the process of natural restoration.

During the night and until the early hours of Friday, March 5, 2021, the fire brigades took advantage of a drop in temperature to try to contain the fire fronts, by opening lines of defense and direct combat; however, the strong trade winds of the season made this work difficult, which required modifying the combat tactics to contain one of the fronts that extended into the park in a south-east direction.

At 5 pm on Friday, after 36 hours of continuous work and the intervention of more than 70 people in different aspects of the emergency (combat, logistics, planning), it was possible to contain the fire, which had already affected approximately 700 hectares of the protected area.

The approximately 700 burned hectares constitute a significant setback in the natural restoration of an area of ​​ACG that had, for more than 20 years, not suffered the impacts of fire. The wildfire resulted in the death of plants, shrubs, insects and vertebrates that failed to escape the fire, as well as the direct deterioration of the forest's ability to retain and filter the water that feeds the reservoir of the Community of Colonia Bolaños, La Cruz, Guanacaste.

Unfortunately, events such as the one that occurred are intentional, mostly caused by hunters who enter ACG. Due to information found on the site, as well as anonymous information received, a complaint was filed with the Judicial Investigation Agency. 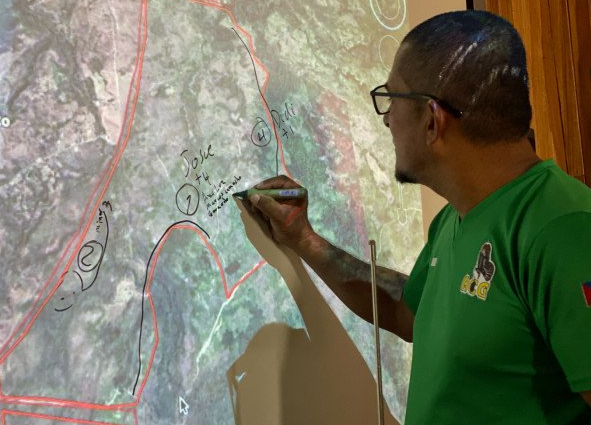