A Field Trip to Estación Wege 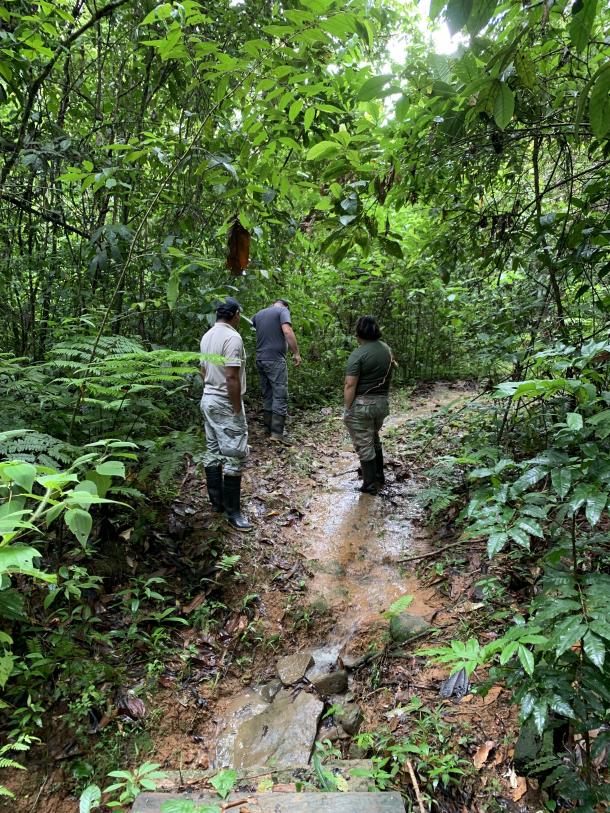 Estación Wege is located in the Atlantic side Caribbean rain forest of Área de Conservación Guanacaste. In late June, it was hot, wet, and rainy — and a perfect time to hear the chorus of frogs and check the camera traps that are located near the station. GDFCF’s Science Advisor, Roberto Fernández, has been conducting research on the amphibians of ACG, as well as conducting a camara trap project as part of a wild vertebrate inventory of ACG. Roberto has set up 12 trail cameras on the Caribbean side of ACG, including two at the Wege station. Already, Roberto has been impressed by what has been documented. For example, at Wege, the camera has captured images of Greater Grisons (Galictis vittata), which had not previously been documented in this area. He has also documented numerous ocelots (Leopardus pardalis) and mountain lions (Puma concolor), some with young, which indicates the habitat is of good quality. He plans to expand the project this year with the addition of 26 more cameras. The parataxonomists at the Wege station — Minor Carmona, Brigitte Vilchez, and Angel Hernández — help with the camara trapping project by regularly checking the two camaras and uploading the photos to a database. 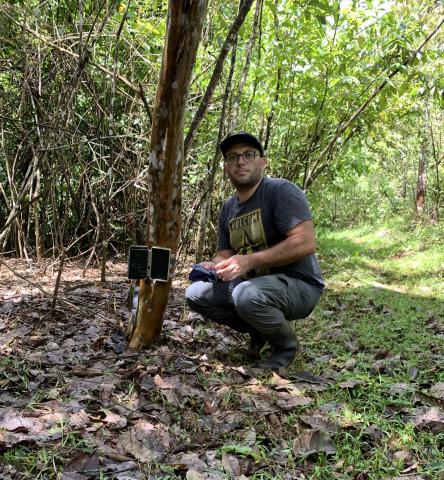 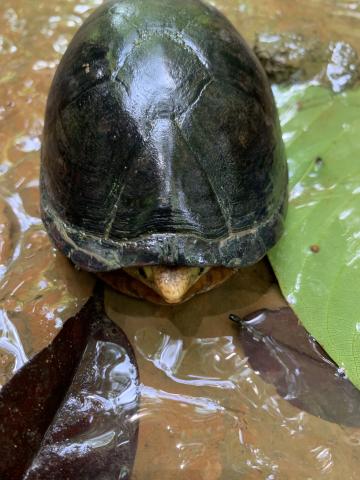 Near the top of the trail, we visited a small wetland that was teeming with frogs, tadpoles, and frog eggs. The number of different frog species calling included the following: the sheep frog (Hypopachus variolosus); Mexican treefrog (Smilisca baudinii); and the olive treefrog (Scinax elaeochrous) – as you can hear in this video: