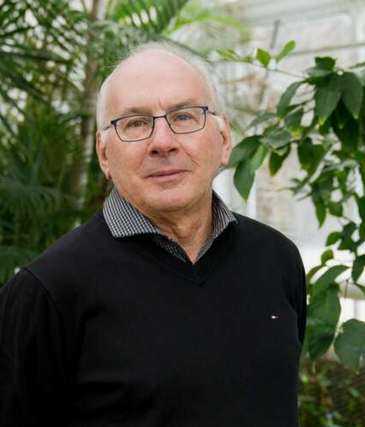 Dr. Paul Hebert, the director of the University of Guelph’s Centre for Biodiversity Genomics (CBG), has received the MIDORI Prize for his efforts to advance understanding of the species that share our planet. Dr. Hebert is the father of the DNA barcoding technique and has been a close collaborator of GDFCF and Área de Conservación Guanacaste. This prize honors three individuals who have made outstanding contributions to conservation, who have influenced and strengthened various biodiversity-related efforts and have raised awareness about biodiversity. Each winner is awarded a monetary prize of $100,000 to support their work in safeguarding biodiversity. All of ACG’s specimens are DNA barcoded at CBG – to date, 500,000+ ACG insects, many marine specimens, and always more on the way! The BioAlfa project would not be possible without the work done by Dr. Hebert. On the receipt of the award, Dr. Hebert said, “I am very honored to receive this award on behalf of a wonderful alliance, the International Barcode of Life (iBOL) Consortium, which involves research organizations in 34 nations united by their desire to understand and protect biodiversity.” Hebert said he will donate the $100,000 award to support biodiversity research in developing nations as part of the BIOSCAN research program, which is working to advance species discovery, as well as the knowledge of species interactions and their distributions. Dan Janzen and Winnie Hallwachs, who have worked very closely with Dr. Hebert, said: “The MIDORI Prize has very appropriately gone to the person whose drive and imagination have been THE critical technical and biopolitical steps forward into this century for conservation of tropical biodiversity. DNA barcoding moves tropical biodiversity from unknown and unappreciated jewels in a safe deposit box in the bank basement, guarded by well-meaning forest police, to having half a chance of gaining its conservation through becoming sustainably known and integrated with tropical societies as they “bioindustrialize” with THEIR own living raw materials, rather than shipping them off as cadavers for the bank vault.” These barcodes, Dan has said, give the world the opportunity to actually know wild biodiversity, thus giving people reasons for keeping it part of society. The entire GDFCF and ACG team congratulate Paul for this very deserving recognition.