The central theme of Dan Janzen’s talk was the links and parallels between Costa Rica’s conservation of living things by protecting large land areas, and conservation by well-prepared, organized and cataloged biodiversity specimens (or cadavers, in the startling wording of the talk) in national collections. When these two institutions – the national park and the national museum – are viewed as analogous ways of understanding wild biodiversity, it is clear that both have much to offer, and both confront the same challenge of helping the public to read what is inside them. 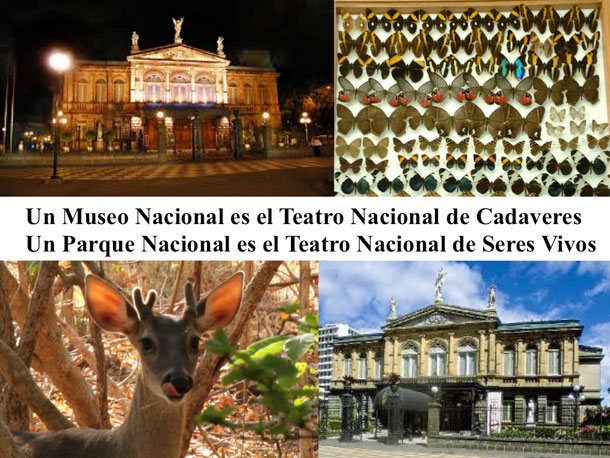 The central slide of the talk is this: using Costa Rica’s cultural symbol, the National Theater, to link Costa Rican parks, preserving life, and Costa Rican collections of preserved life.

Humans being what they are, they want a product in return for their investment. The evident and feasible product from both institutions is bioliteracy, so the wild world converts from being the enemy to becoming an open-stacks diverse library, published in a language that all humans can understand.

The two institutions in combination are a source of extraordinary possibilities. Examples in this talk ranged from nature tourism enriched by bird, butterfly, and fish field guides, to finding a lead for angle-sensitive paints in the microstructure of a butterfly’s wing flash-patch, to working out the intricate natural history and taxonomy of a species-rich tangle of tiny Apanteles parasitic wasps, and naming each of the 186 newly discovered species in recognition of the entire ACG staff that protects their home. 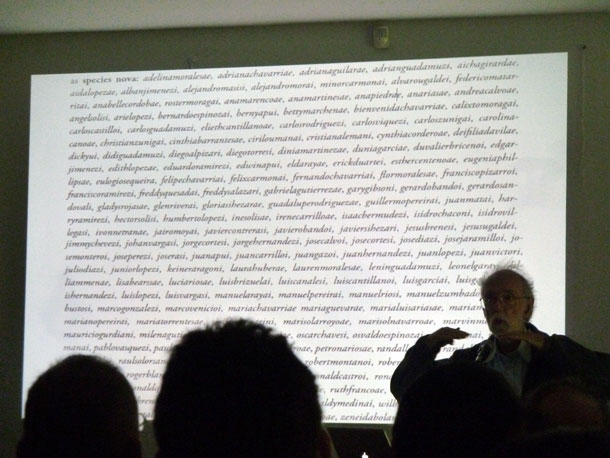 The slide behind Dan shows the first page of the publication that describes 186 new species of parasitic wasp, formally listing all of the new wasp names that are formed from the first and last names of ACG staff (see for example alejandromasisi and josecalvoi)

Steve Stroud’s review from the audience:

The idea of equating natural history museums and their collections to national parks is wonderful and a powerful insight. The value of the collections becomes much more apparent to us lay people, and it is an easy step to throw museums into my conservation fold. Taxonomists become more like art museum curators and the dead specimens take on new life. 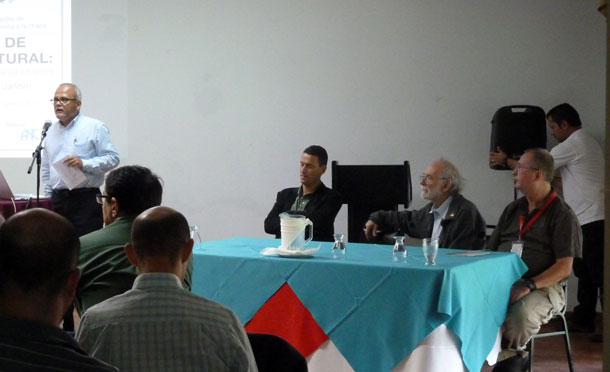 Gustavo Gutierrez (seated at table, left) and Eduardo Carrillo (at table, right) during Randall Garcia’s introduction to the talk.

Despite Dan’s long experience with thinking and talking about biodiversity conservation, this was not an easy talk to prepare; it has taken him 65 years to come to the awakening that both a national park and a natural history museum are collections of the same thing, merit the same intensity of development and attention, and have much to offer the same public; they are both the national theatre for the wild world. 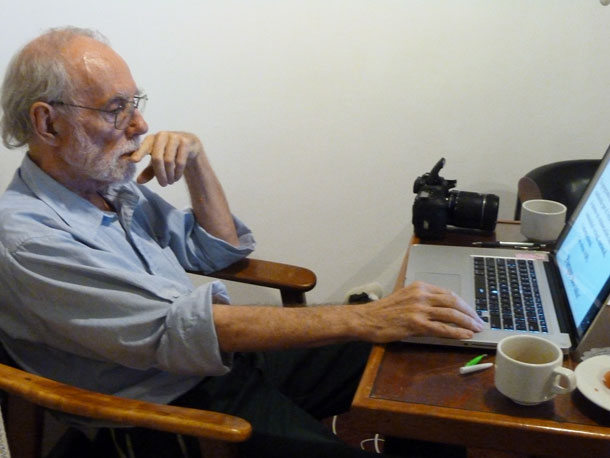 The night before, and after some weeks of chewing ideas.