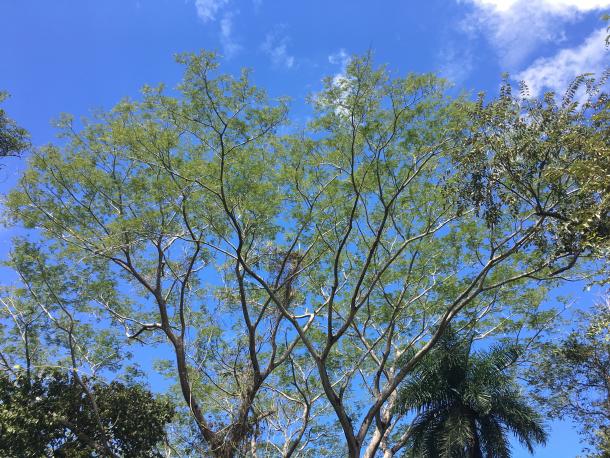 On June 15, Costa Rica celebrates the “Día del Árbol,” or Day of the Tree. Our namesake tree, and Costa Rica’s national tree, the Guanacaste, Enterolobium cyclocarpum, is pretty close to our hearts. Its name comes from the Nahuatl word “quauhnacaztli”, meaning “tree of ears” because its seeds look like human ears. Some of you have been lucky enough to stand under the Guanacaste tree outside the Comedor in Sector Santa Rosa of Área de Conservación Guanacaste. If you are even more lucky, you may see endangered yellow-naped parrots flitting about its branches, while you sit in its shade eating your breakfast. Today, it would take two or three people holding hands to encircle its trunk, but GDFCF president Dr. Dan Janzen remembers when it was just a sapling.

These trees are members of the pea family, Fabaceae, and can grow to be 25-35 meters tall. Scientists consider the tree to be something of an evolutionary anachronism because the seeds are not eaten by any of today’s native animals. The seeds were likely food for Pleistocene megafauna, like giant ground sloths, that would masticate and digest the fruit, while also dispersing them throughout the landscape. Still, these majestic trees are loved for their beauty and shade. In Liberia, the provincial capital of Guanacaste, there is a famous Guanacaste tree that takes up an entire lane of a street in the Condega neighborhood. It would take seven people holding hands to make a circle around its trunk. Painter and culture scholar Jorge Sáenz remembers the tree from the 1950s when he moved to Liberia. “History says Liberia was born under the shade of the Guanacaste tree. It’s our story,” he says. Read more about this famous tree in La Voz de Guanacaste here. 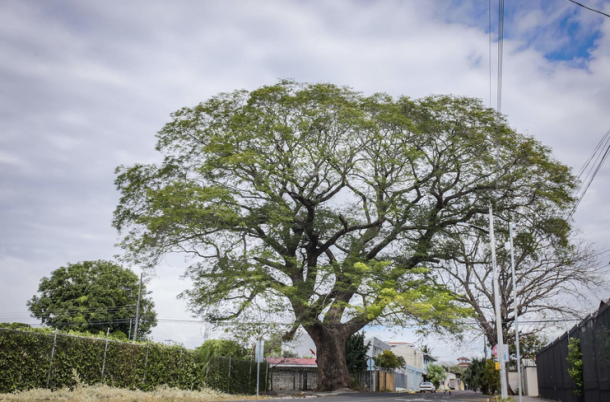