In late September an interdisciplinary team from GDFCF, the Smithsonian Institution, ACG staff, and the University of Costa Rica’s CIMAR marine research program came to ACG’s Sector Marino to collect and analyze the results of nine underwater biomonitoring devices called ARMs that were placed on coral reefs at various depths in July of 2015.  An ARMs device is basically an underwater apartment complex for small marine organisms and is made up of a series of nine horizontal plates that provide surfaces for colonization. The process of retrieving a single ARMS is arduous; each ARMs requires a half day of work by many people:  from underwater retrieval, to on shore sorting for different types and sizes of species, to photographing each plate, and taking tissue samples for DNA barcoding.   At the same time, all the plates and their species have to be kept in tubs of aerated sea water to avoid abrupt die-offs and the degrading of DNA samples. 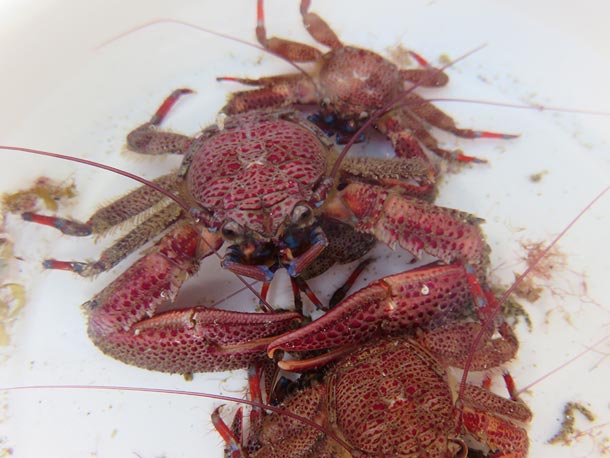 This small crab Petrolisthes donadio is about 2-3 cm wide and was among many different types collected through ARMs retrieval in Sector Marino. Photo: Eric Palola

The trip yielded a total of 479 species across 15 phylums.   Roughly 55% of the species were different types of arthropods (crabs, shrimp, lobster) or mollusks (snails, clams, limpets).  There were also a variety of echinoderms (sea stars) annelids (sea worms), chordata (small tropical fish) and other marine invertebrates. With the help and patience of ACG staff (thank you Ronald Murillo and Freddy Salazar), our team virtually took over the Isla San Jose station for eight days, turning it into a field laboratory.   Special thanks also goes to GDFCF Board member Frank Joyce for his behind-the-scenes logistical support, to Drs. Jorge Cortez Nunez and Rita Vargas of CIMAR,  and to Drs. Chris Meyer, Vanessa Gonzalez and Jordan Casey of the Smithsonian.  Critical logistical support was also provided by our intrepid boat captains in Cuajiniquil:  Minor Lara, Anibal Lara and Tonio Castro. The information and species gathered on this trip will add to the roughly 2,000 species collected from ACG since the BioMar project began in 2015 and further our knowledge and understanding of this incredible marine environment. 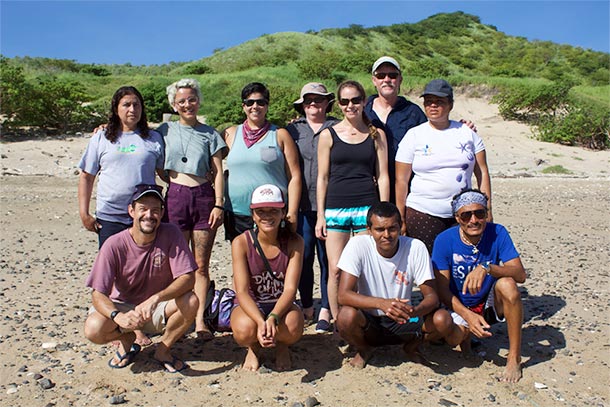 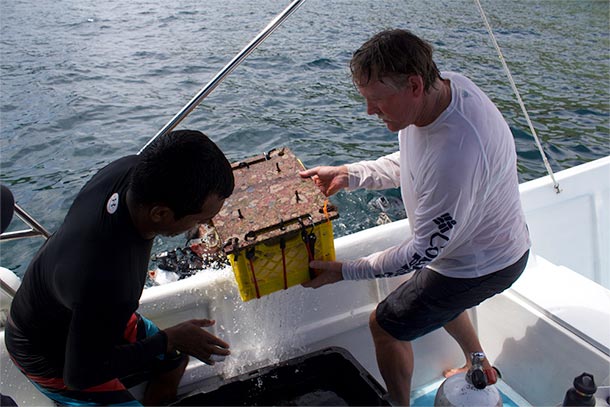 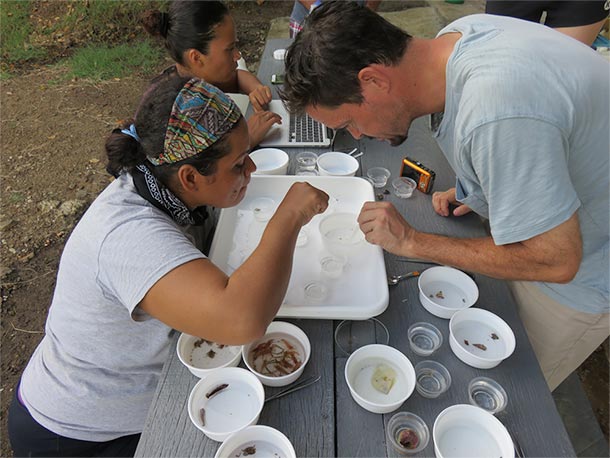 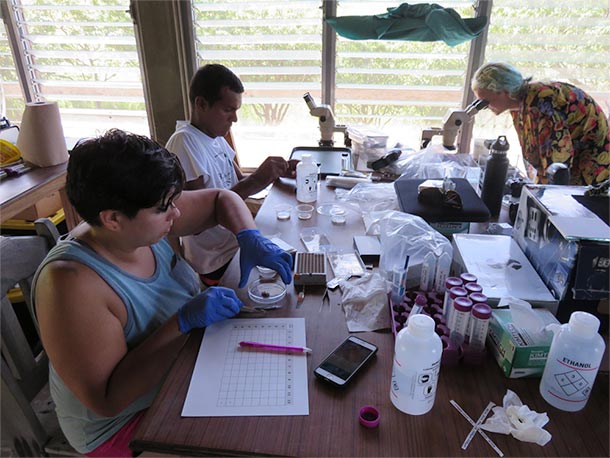