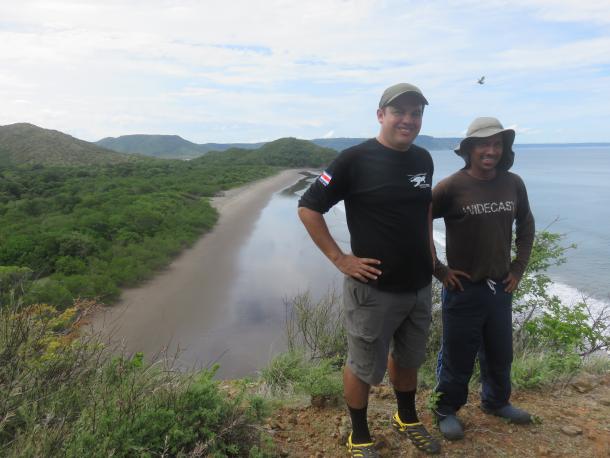 Most of us know of the harrowing journey baby turtles undertake in their desperate rush from nest to ocean, but less well known is how dangerous the beach can be for the turtle moms. Luis Fonseca López, a marine turtle biologist, has been studying the interaction of jaguars and turtles on ACG beaches since 2005. ACG Jaguars have discovered that turtles are the easiest of prey, and they regularly hit the beaches of Naranjo and Nancite for their evening meal. Since 2009, a camera trap-monitoring program of the sea turtle carcasses has been conducted to assess this predator-prey interaction. More recently, Fonseca has expanded his research to try and understand the scavenging behavior of pumas, which have been found to be using the carcasses as a food resource. Little is known about this phenomenon and Fonseca’s research is ongoing.

Recently, GDFCF Executive Director Eric Palola and Development Advisor Monique Gilbert joined Fonseca and his research assistant, Eduardo Rangell, at the Nancite Estación for a night of research and to assess the state of one of ACG’s most remote research stations. While we didn’t see any live turtles or jaguars, we did see plenty of jaguar tracks and a number of turtle carcasses. Nancite itself is a spectacularly beautiful beach surrounded by rocky mountains, estuaries and patches of dry forest. The station, however, is in desperate need of repairs - with a new roof and replacement of rotted wood framing as the most critical tasks. GDFCF is actively looking for funds to help fix up the station, as a habitable station is critical to Fonseca’s work. In addition, once refurbished, the station could serve as a base for other marine research being conducted at ACG. A more constant presence at the station could also mean that the Green, Olive Ridley, Leatherback and Hawksbill turtles using these beaches would be better monitored and protected - and more turtle nestlings might make it to the sea. 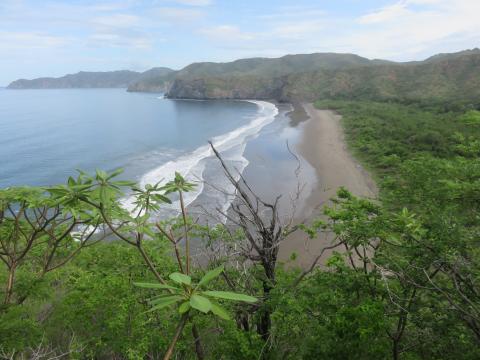 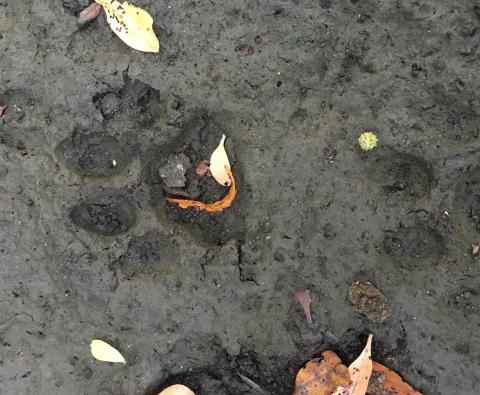