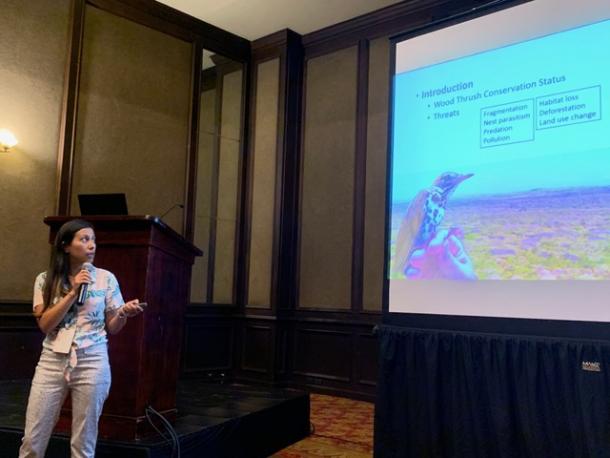 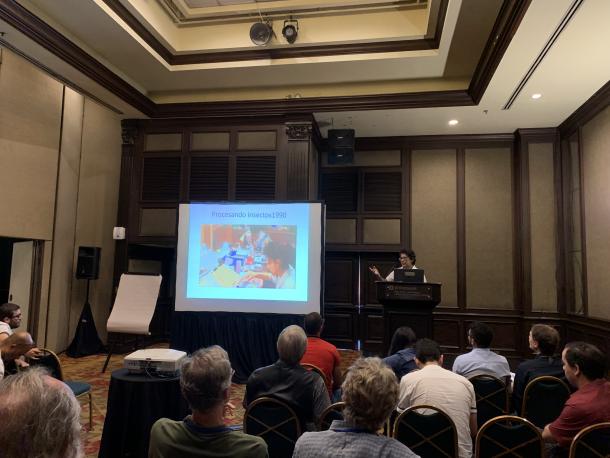 In late July, three of our local scientific colleagues who work on ACG’s BioAve migratory bird project presented at the XI Congreso de Ornitologíca Neotropical (Neotropical Ornithological Conference) in San José, Costa Rica. The purpose of the conference was to share the latest research on neotropical birds, both resident and migrants, as well as share conservation strategies and monitoring methods.

On the last day of the conference, veteran ACG parataxonomists Petrona Ríos and Calixto Moraga spoke as part of a symposium on the Human Dimensions of Bird Conservation. They spoke about their work as parataxonomists, including their roles in the U.S. Fish and Wildlife Service-supported migratory bird project, specifically in documenting the frequency and abundance of WOTH that occupy forests around Estación Pitilla in the Caribbean rain forest. Petrona was also featured, as a follow-up to her talk in San José, in an article in the regional newspaper La Teja. In her words: “Before I became a parataxonomist, I didn't know anything about biology. Over the years I have learned many things. The discovery of new species and the interaction with so many people who share their knowledge is very enriching." 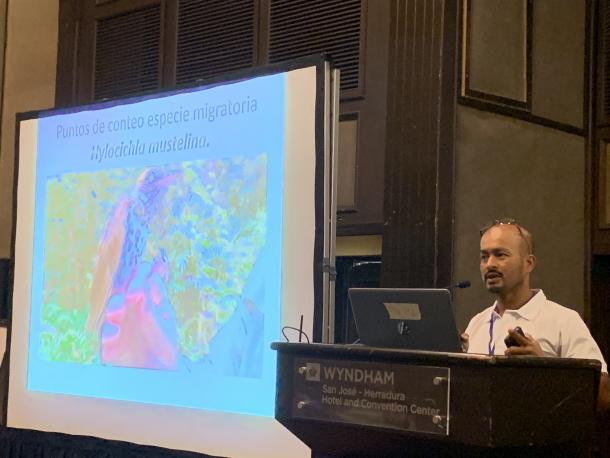 Calixto Moraga speaking at the Congreso (photo by Monique Gilbert)