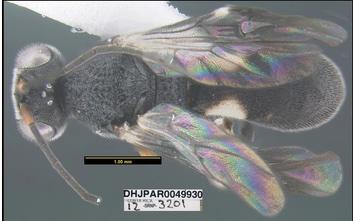 Chelonus hazelcambroneroae, named to honor parataxonomist Hazel Cambronero, and one of the 403 wasps in the Zookeys paper. Photo by Michael Sharkey.

A recent article in Wired magazine, “The Big Fight over 403 Very Small Wasps,” has a lot to do with Área de Conservación Guanacaste (ACG) and DNA barcoding. While the article focuses on the work of hymenopterist Michael Sharkey, the background and intrigue all circle around the insects collected by the parataxonomists in ACG. Sharkey is an expert on wasps and, as a taxonomist, he is “part of a small group of people who can transform anonymous insects into known species.” The 403 in the title of the article has to do with a paper he published (along with co-authors GDFCF Board Members Dan Janzen, Winnie Hallwachs, and Alex Smith) in 2021 in ZooKeys, and as the Wired article says, “In it, Sharkey and a group of coauthors named some new species of braconid wasp that had been caught in malaise traps in Costa Rica. But instead of identifying just a few species, they named 403. And instead of writing up detailed descriptions for each new wasp, the authors simply included a photo and a snippet of genetic code.” That paper caused a hubbub in the taxonomy-verse, to put it mildly. Some taxonomists argued that the use of DNA barcoding to “name” species was going too far, deeming it “turbo taxonomy” or “taxonomic vandalism.” But for Sharkey, as well as Janzen, Hallwachs, and Smith, this method of accelerated taxonomy is urgently needed, as we must speed up the naming process if we are to learn what we are losing before it is gone. As Smith said in a recent talk, “We don’t care about what we can’t name.” Groups like wasps, this article notes, are so large and so cryptic, and so much in danger of collapse due to biodiversity loss, that it’s not “logistically feasible to do the taxonomy the old way,” says Scott Miller (also a GDFCF Board Member), the curator of Lepidoptera for the National Museum of Natural History. “In order to meet the challenges at hand,” he adds, “we have to move faster.” The article also quotes Dan Janzen; he says that as barcoding becomes cheaper and more accessible, it will help democratize the overall process of gathering information about biodiversity — and encourage more people to have a stake in protecting it. He calls it “Bioalfabetización” or, the development of biological literacy, which is what the ACG/GDFCF BioAlfa project is all about. You can read the full Wired article here. 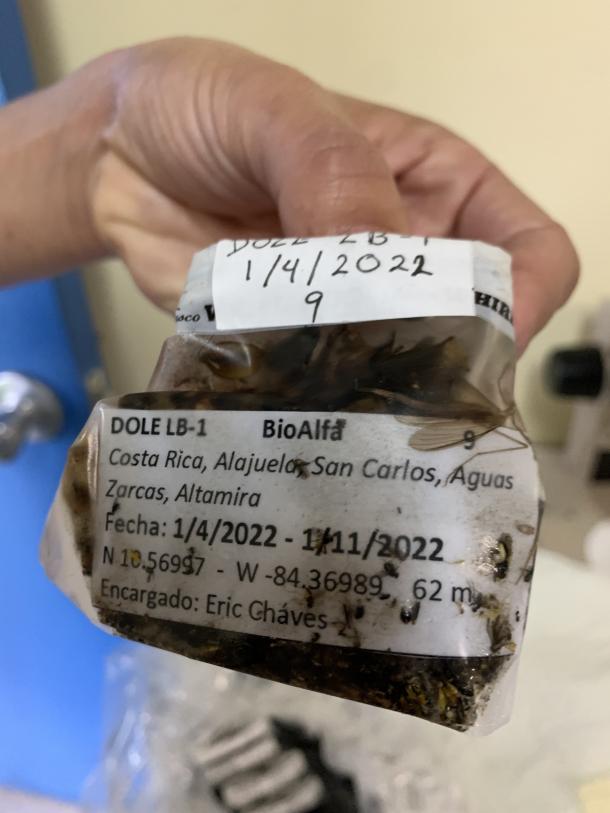 A sample of insects from a Malaise trap that will be sent to the Centre for Biodiversity Genomics at the University of Guelph, Canada, for DNA barcoding. Photo by Monique Gilbert.