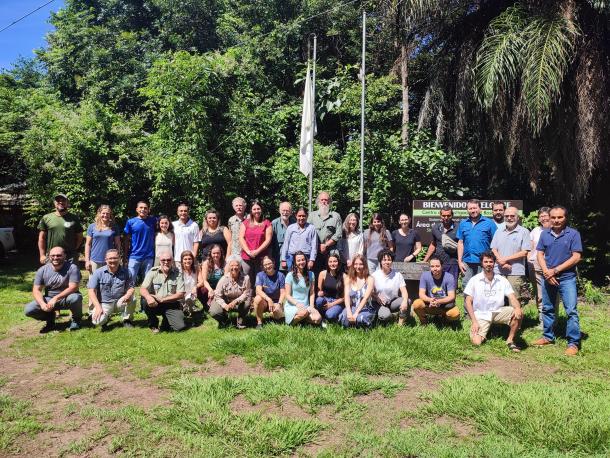 On October 28, 2022, the first BioMar mini symposium was held in Área de Conservación Guanacaste (ACG). Started in 2015, BioMar is the marine bioinventory collaboration between GDFCF, ACG, and the Centro de Investigación en Ciencias del Mar y Limnología (CIMAR) at the University of Costa Rica (UCR). Its goal is to bioinventory and understand the species-rich area of ACG’s Sector Marino and this region of the eastern tropical Pacific Ocean. On the 28th, BioMar project directors — Drs. Jorge Cortés Núñez, Jeffrey Sibaja-Cordero, and Frank Joyce — gathered, along with marine parataxonomists Yelba Vega and Gilberth Ampié, UCR professors, student researchers, GDFCF staff, ACG staff, and community members from Cuajiniquil. All came to learn more about the ongoing BioMar research and share the results of their work. There were 14 research presentations, as well as informational sessions by Drs. Dan Janzen and Winnie Hallwachs, and ACG leadership, including ACG director Alejandro Masís and Róger Blanco, ACG Coordinator. In one of the presentations, Dr. Jeffrey Sibaja, who studies marine worms, said that at the beginning of his work in ACG, there were three documented species of Sipuncula, a class of unsegmented marine annelid worms; today there are eight — and likely more to be discovered. Octocoral specialist Dr. Odalisca Breedy said that in terms of octocoral biodiversity, the greater Sector Marino of ACG has five genera of octocorals, 36 species, five new species reports, including a new genus, and five species without identification. Dr. Jorge Cortés, who had the idea to hold the event, was very pleased with the outcome, as were all who participated. He hopes to hold such a symposium every two years. 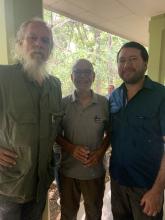 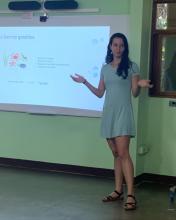 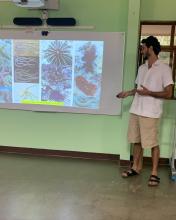 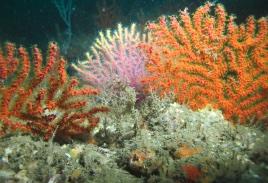 Octocorals described in Dr. Odalisca Breedy's talk. The photo is by Minor Lara, who lives in Cuajiniquil and operates an ecotourism business that works with the BioMar project.