A rare discovery was made last year (February, 2013) of a dead puma roughly 800 meters from the border of Sector Santa Maria of Area de Conservacion Guanacaste (ACG). 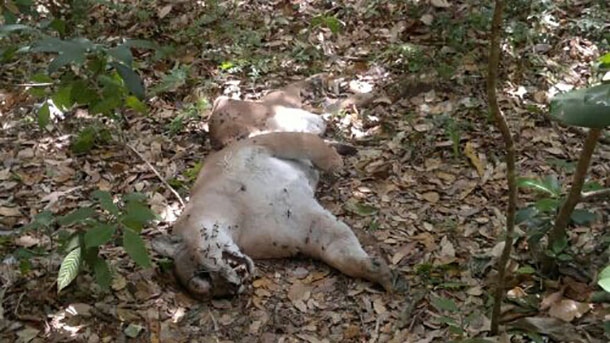 The cause of death was unclear, but the discovery of an intact dead puma is a great opportunity for education. Upon the recommendation of Dan Janzen the already decaying puma was buried in a marked deep grave by ACG staff for over a year to allow the soft remains to decompose. 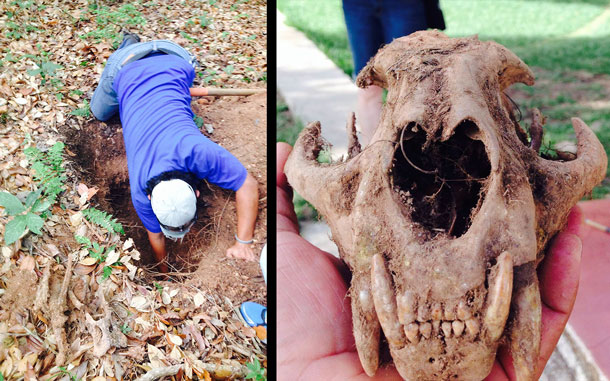 The bones were then dug up in June 2014, cleaned, and assembled by Alban Jimenez of ACG’s Programa Educacion Biologica (PEB). The result is a marvelously intact skeleton that is now on display for use by PEB, that provides science education to approximately 2,500 school children from 52 neighboring schools, as well as by regular visitors to ACG. 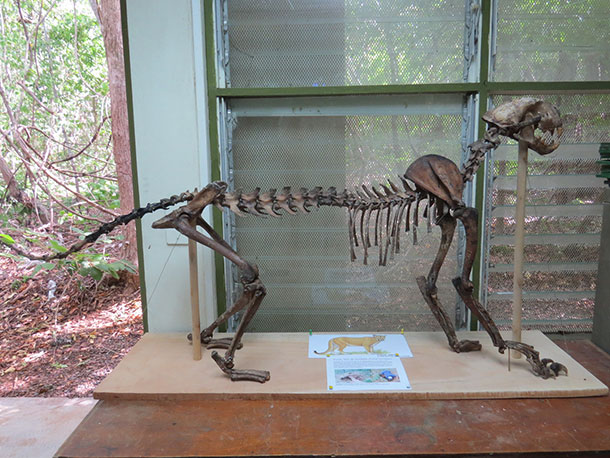 A complete photo montage of this process led by Christian Zuñiga Gutierrez of ACG’s Ecotourism program (who took these photos) and Alban Jimenez can be seen at the ACG website (a sister website formally managed by the government in Spanish but developed with GDFCF support).

Brief background on the puma (Puma concolor) in ACG:

Although the same species as in North America (also called mountain lions, or cougars), ACG pumas are generally weigh about half that of those in the far northern hemisphere. Pumas are powerful predators, but attacks on people are extremely rare (only one doubtful record in Costa Rica) and due to their secretive nature, it is highly unlikely that they are seen in the wild, especially in broad daylight. BUT there have been exceptions such as this amazing video taken by GDFCF Board member and Princeton faculty Rob Pringle in January in Sector Santa Rosa of a young (and inexperienced) puma chasing a howler monkey.

More likely, pumas are observed with camera traps such as this excellent example taken by Winnie Hallwachs in the Administration Area of Sector Santa Rosa in July this year: 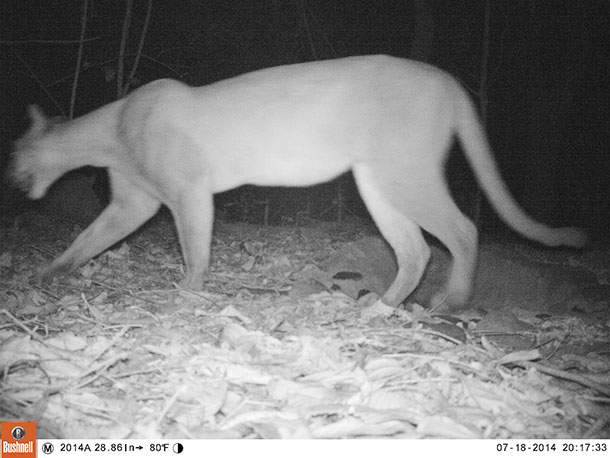 Pumas ambush their prey from the ground or trees, usually by jumping on the back of its prey and breaking the neck with one strong powerful bite. Pumas are opportunistic and will feed on a variety of other animals including monkeys, rats, agoutis, porcupines, foxes, rabbits, armadillos, anteaters, bats, peccaries, deer, iguanas, and snakes. Pumas co-inhabit ACG with four other species of cats: jaguars, and the smaller ocelots, margay, and jaguarandi, but research in other places suggests that pumas will avoid areas with a high density of jaguars. Both pumas and jaguars drag their prey to another site to feed, a site that may be partially hidden and marked with a strong smell of urine. Pumas can walk long distances in one night.