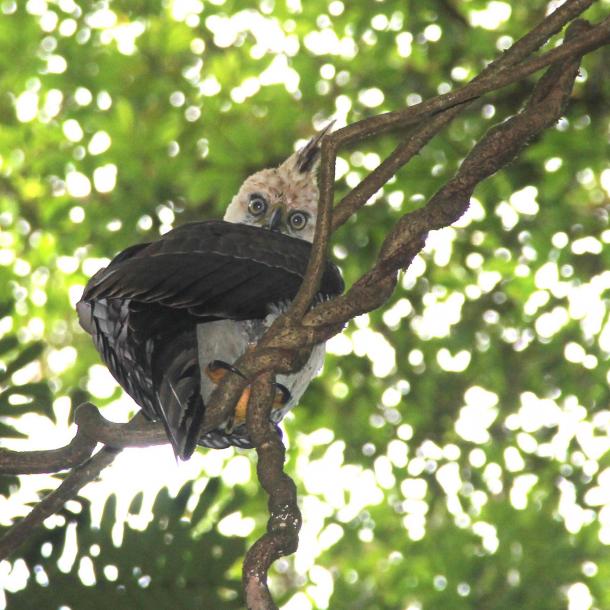 A juvenile Ornate Hawk-Eagle (Spizaetus ornatus) was recently seen by Roster Moraga, one of our veteran parataxonomists, who is based at the Estación Pitilla biological research station in the mid-elevation Caribbean forests of ACG.  According to various guides, these birds range widely - from southern Mexico to Peru - and are considered to be very powerful predators with the ability to take prey, mostly other birds, up to five times their own weight. The prominent crest is raised when the bird is excited. These eagles build large stick nests high up in trees. Their breeding season has been observed to be in April or May, which would put the bird in this photo at roughly 5-6 months old. Though locally rare and not considered “threatened,” their status was uplisted to “near threatened” by IUCN in 2012. This particular bird was found on the north side of ACG in the Rio Mena area in a mid-elevation rain forest. Thanks to Roster for these excellent photos! 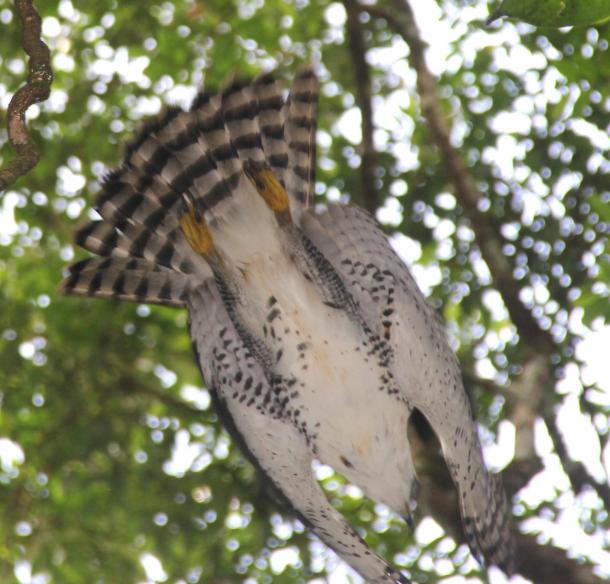