Costa Rica "Punches Above Its Weight" at COP26 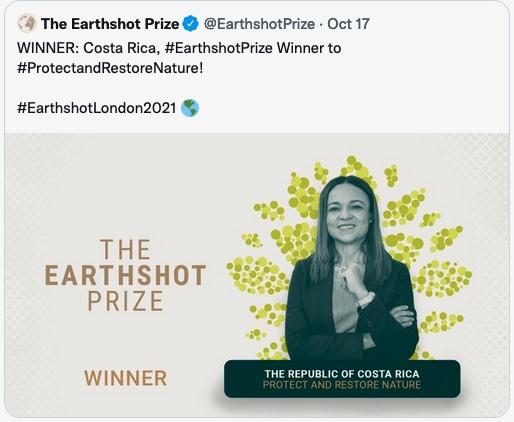 Costa Rica has been center stage, and, as a number of news articles have said, “punching above its weight”, the last few weeks in the lead-up and during the COP26 Climate Change Conference being held in Glasgow, Scotland. Prior to the start of the conference, on October 17, Costa Rica was awarded the inaugural and prestigious Earthshot Prize, an annual award created by the Duke of Cambridge to reward people (or countries!) trying to save the planet. Each of the five winners received one million pounds. Costa Rica won in the “Protect and Restore Nature” category for its efforts to reforest the country by paying local citizens to restore natural ecosystems. For COP26, Costa Rica sent a delegation of 19 people, led by President Carlos Alvarado Quesada, who said, “"If the world was a private company — imagine that for a minute — and the leaders of the world were to be different CEOs of the corporations, today we would all be fired… What is necessary in order for change to occur?" One of the steps Costa Rica will take will be to launch, with Denmark, a new “Beyond Oil and Gas Alliance” (BOGA), whose members will work to phase-out oil and gas production to align with Paris Agreement goals. Costa Rica Minister of Environment and Energy, Andrea Meza Murillo, has had a coordinating role in BOGA; it would be the first time that governments would be committing to phase down oil and gas production. According to Meza, curtailing the production of oil and gas sends a message to people and the market to switch to renewable energy. She also acknowledges the power of the industry, saying “I absolutely think that everything with this energy transition is a political problem.” In addition, Costa Rica, along with the countries of Panama, Ecuador and Colombia announced the creation of the Eastern Tropical Pacific Marine Corridor initiative, that would both join and increase the size of their protected territorial waters to create a fishing-free corridor covering more than 200,000 square miles in one of the most important migratory routes for sea turtles, whales, sharks, and rays. 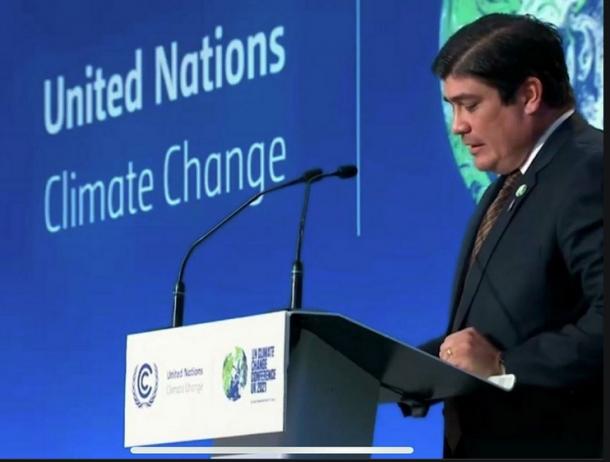