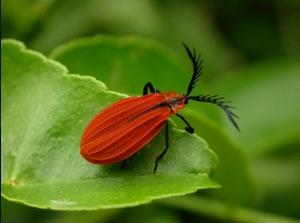 In June 2019, Mongabay published a four-part survey on the state of the world’s insect species and their populations. Science writer Jeremy Hance interviewed 24 leading entomologists for the survey, including GDFCF President and founder, Dr. Dan Janzen, and the results were sobering. Now, Hance is back with an update to the original series. He reinterviewed seven of those scientists to see what, if anything, has changed in the last 16 months. Spoiler alert, it’s more bad news. And scientists say the losses aren’t surprising, but what is alarming is our inaction. For his part, Dan said insect biomass decline “remains obvious, and levels remain low as they have been for the past 5-10 years.” The drivers of the loss are the same, say the scientists: climate change, habitat destruction, pesticides and human overpopulation. Dan adds that we don’t need more research to know this is true. We all know insects are in trouble, as is all of biodiversity. What is needed, he says, is action. “Vastly more important [than more research] is that we put everything into working to ensure that the insatiable human animal does not eat the final dregs of what is left of once massive tropical biodiversity, and more so, is willing to welcome [that diversity] as a productive and useful portion of the human global garden,” says Dan. “Real insect conservation would mean conserving large whole ecosystems both from the point source attacks, AND the overall blanket of climate change and six billion more people on the planet than there should be.” The article can be read in its entirety here.