GDFCF supports the work of Costa Rican scientists and their research on iconic species that call ACG home, such as several species of threatened sea turtles, as well as the jaguars that prey upon them. We also support research regarding the importance of ACG forests for migrating tropical birds. 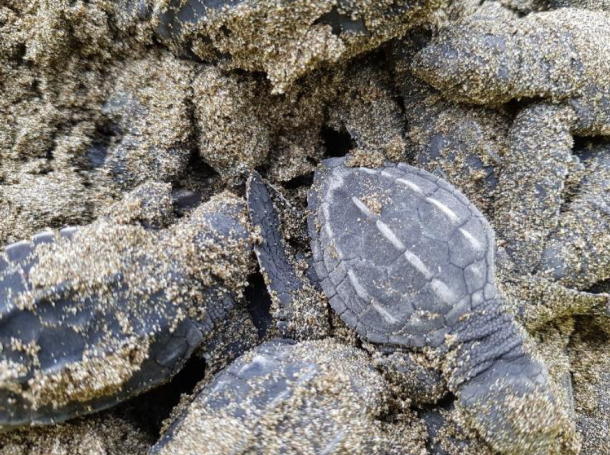 The coastlines of ACG support some of the most globally important nesting beaches in the world for Olive Ridley sea turtles (Lepidochelys olivacea). Its pristine and undisturbed beaches are also home to nesting Green, Hawksbill, and Leatherback sea turtles. Olive Ridley sea turtles are known for their mass synchronized nesting events, called arribadas, when thousands of turtles come nightly to the beaches of ACG. Turtle biologist Luis Fonseca López has been studying the sea turtles of ACG for more than a decade. His sea turtle monitoring project is integral to understanding population trends over time and in designing management and conservation actions that promote the recovery of sea turtle populations in this part of Costa Rica. Fonseca has also expanded his research focus to cover the prey/predator phenomenon between nesting sea turtles and ACG’s jaguar (Panthera onca) population. While his research shows that the number of turtles eaten by jaguars has little effect on the overall population of Olive Ridleys, the turtles are an important source of food for animals of higher trophic level, such as jaguars, crocodiles, mountain lions and birds. Along with supporting Fonseca’s research, GDFCF has contributed to refurbishing Estación Nancite, one of ACG’s most remote research stations, where much of Fonseca’s work is based. 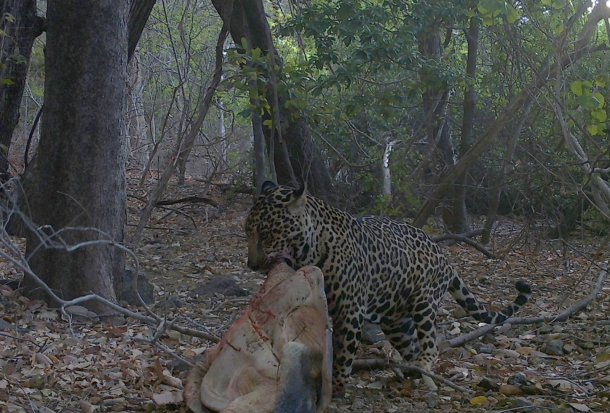 An Olive Ridley turtle will be this jaguar's next meal (photo by Luis Fonseca). 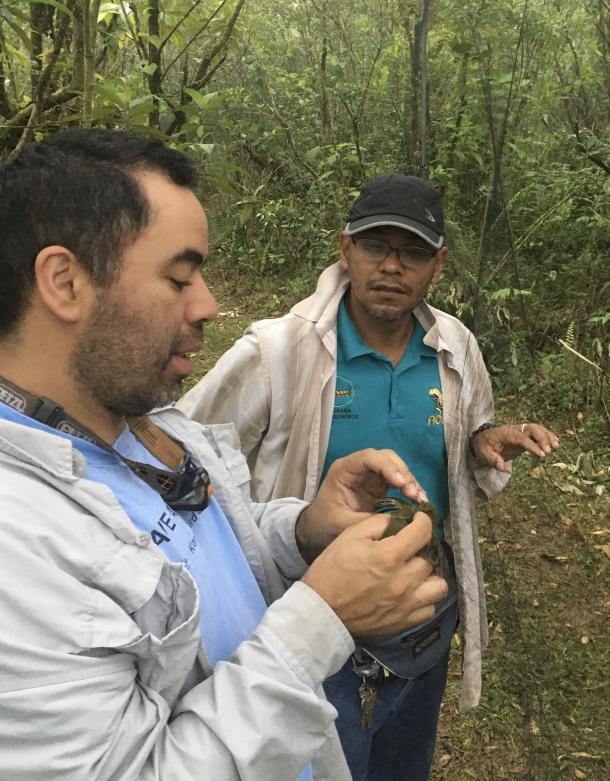 Bird surveys of ACG have documented 576 species of birds, with over 300 species living in the 200 to 1,200-meter mid-elevation sweep of Caribbean rain forest within Sector Rincón Rain Forest. At least 62 northern migrant bird species live or pass through this habitat during their non-breeding season. These mid-elevation Caribbean rain forests may, in fact, hold the largest array of bird species within all of Costa Rica, but the lack of this type of rain forest – due to their suitability as coffee plantations and other forms of crop agriculture– means their use by neotropical migrant birds is not well studied or understood. Beginning in 2017, GDFCF initiated a migratory bird research program, dubbed BioAve, to better understand and conserve non-breeding habitat for migratory birds that rely on mid-elevation Caribbean rain forest during their non-breeding season. We are fortunate to have support from the U.S. Fish and Wildlife Service’s Neotropical Migratory Bird Program, the Lynn Chase Wildlife Foundation, and other individual donors. The project’s focal species is Wood Thrush (Hylocichla mustelina) and other neotropical migrants with which the Wood Thrush is associated. The project involves detection and monitoring of Wood Thrush, and the identification of food sources via diet analysis that utilizes DNA metabarcoding and related bioinformatics. A key component of this project is the training of several resident parataxonomists to conduct regular monitoring during the non-breeding season; a task that increases their biodiversity knowledge and enables them to be part of the growing interest in bird research and ecotourism in this region. We have several key research collaborators for this project, including Costa Rica Bird Observatories, which has added two modules to the field work: bird banding and collection of breast feathers for the DNA analysis of all Costa Rican birds (which has never been done).  We also work with Dr. Elizabeth Clare at Queen Mary University in the United Kingdom, which conducts the DNA analysis of bird fecal samples collected during field work.

An ACG migrant and a resident: A Wood Thrush, left, and a male Red-capped Manakin, right 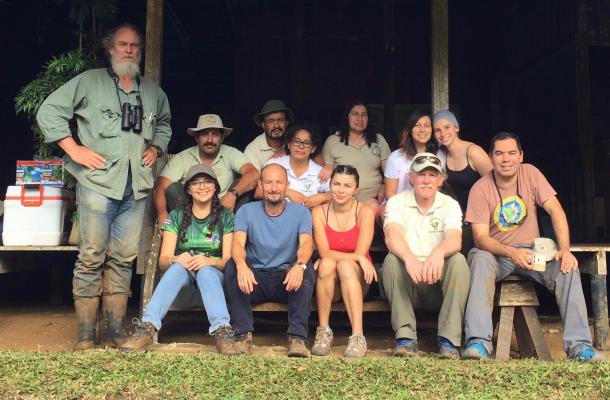